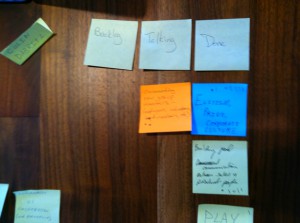 I’d like to extend a giant “thank you” to Colin for writing up notes this time!
Topics that Made the cut:

Our next event will be Wednesday, August 5 at 7:30am at Viewpoint, located at the east landing of the Hawthorne Bridge, at 1510 SE Water Ave. Come to the Tech Center on the eastern side of Water Ave.